Gold, do we really need it?

Will the world stop if we run out of gold? Probably not, but once the Sperrins are gone, it’s certain that no amount of gold will ever pay to bring it back to it’s former glory.

Are we willing to make this sacrifice for a small group of international investors to get rich? Do you think they’ll remember the Sperrins, the communities and the people they displace? or will they just be focused on the next ‘lucky area’, or the next ‘most promising undeveloped gold deposit’ in the world…..as Dalradian describe their Sperrins adventure…

Gold’s impact on the economy waxes and wanes, depending on how safe other investments are. When other investments seem too risky, gold always looks like a good hedge. In fact, you can tell how healthy the economy is from the price of gold. When the U.S was on the gold standard, the precious metal had an even greater importance.

During the financial crisis in 2008, many longed for a return to the gold standard. It seemed that money had lost all relation to anything concrete. But the very forces that pried America away from the gold standard also meant that a return would prompt massive deflation. It would be enough to throw the global economy into another depression.

The largest use of gold in electronics is as an electroplated coating on connectors and contacts. This is followed by gold bonding wires within semiconductor packages. Other uses include hybrid circuits, solderable coatings for printed circuit boards and components, as gold-based solders and for metal layers on semiconductors as conductor tracks and contact pads.

Researchers have modelled and developed new classes of materials with contact properties near those of pure gold. With the price of gold currently hovering around $1,700 per ounce, manufacturers across the globe are scrambling for alternatives to the costly noble metals that are widely used in electronic applications, including gold, platinum, rhodium, palladium and silver.

In a typical smart phone there is only 0.036 grammes of gold used on average. This level of usage will will gradually decline over the next decade as cheaper replacement materials with similar characteristics become available.

The world production of gold mines has increased steadily over the years and in 2017 around 2,136 tonnes were produced.

If we consider the usage of this gold as per the table below, and look at the ‘essential’ uses, i.e. electronics and industrial uses, we can see that this level of production would serve demand over 600% 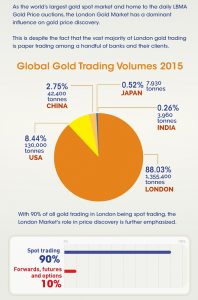 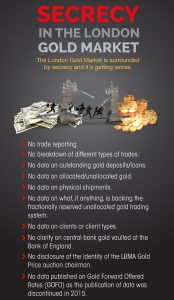